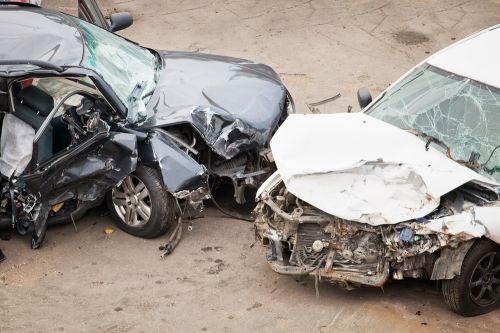 Any time a crash occurs, it can be a difficult experience. The fact is, we never expect an accident to happen. Unfortunately, they do happen quite often, sometimes much more often than we would like to admit. There are a number of potential causes of a car collision, including acts of negligence, distracted driving, auto part failure, and more. When a collision happens, not only can it cause serious injuries, but it can also result in the victim suffering from post-traumatic stress. This can be something that affects the victim’s ability to drive — or even be a passenger — for a long time. It is important to understand some of the important facts about post-traumatic stress following a car crash.

Research has been conducted regarding how many individuals seek treatment after a serious motor vehicle crash. A majority of those injured did not end up developing a serious mental condition that would require treatment. However, a general population study has discovered that 9% of surviving victims of car accidents suffer from PTSD. Studies also show that of the individuals who have survived a serious car crash and develop PTSD, as high as 53% have some kind of mood disorder as well, such as depression, and 15% of car crash survivors have some kind of phobia driving.

Car Collisions Were Leading Cause of PTSD

A book in 2003 titled After the Crash: Psychological Assessment and Treatment of Survivors of Motor Vehicle Accidents determined that car crashes were the leading cause of post-traumatic stress disorder at the time. The study in the second edition of the book analyzed 161 survivors of serious motor crashes who had sought medical attention within 48 hours of the collision. Of the 161 participants, 98 of them had participated in a therapy protocol.

After a serious auto collision, the risk of post-traumatic stress is very concerning and can cause a number of issues after the crash. For instance, the long-term mental health problems can be caused by pre-existing issues of trauma from prior to the crash. If there was someone else in the vehicle who was seriously injured or lost their life, this could be a big cause of PTSD in the surviving victim, resulting in long-term fear of traveling in a vehicle. There are some factors post-accident that can prevent the development of PTSD, but it is a bit difficult as the survivor may be affected right away.

Obviously, the very first action that should be taken to treat post-traumatic stress is to seek therapy as soon as possible. Some studies have shown that individuals who do not seek treatment quickly often deal with the symptoms for months, even years. It is important to act quickly. Also, physical recovery and support from family and friends can be helpful options. This means working to maintain the same lifestyle that the victim had prior to the accident. This can help them cope with what happened and give them a more positive outcome regarding their mental health.

What May Happen After the Accident

There are some things that may signify a surviving victim has PTSD. This includes moments of memorizing and re-experiencing the crash. They may often have nightmares or difficult flashbacks, causing anxiety and distress. They may try to avoid remembering the collision all together, such as staying away from the location of the crash or the car in which they were in. They may also have physical pain, depression, or guilt if they feel the crash was their fault. The guilt or depression symptoms are especially true if there was another person in the vehicle who was severely hurt or lost their life.

It is devastating any time a victim develops post-traumatic stress after a car crash. When the collision is the cause of someone else’s negligence or recklessness, this can be a very difficult situation to deal with. At Aldous \ Walker, our Dallas car crash attorneys have made it a point to represent individuals in need after sustaining an injury in a collision with a negligent party. If you or someone you love has been harmed, call our firm and discuss your options with a skilled attorney who can help you get through the matter. We aim to provide you with the representation you need throughout the entire process from start to finish.