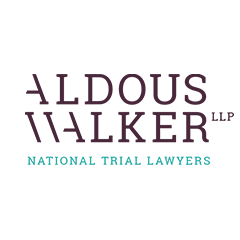 A law states that elected officials can be removed from office for three reasons:

District Attorney Hawk had just come out of a psychiatric hospital where she spent two months receiving treatment for depression. The stay came after her first few months in office, which were described as tumultuous. Claims stated she was acting in a bizarre manner, acknowledged a stint in rehab for prescription drug use during her campaign, and fired multiple key employees under controversial circumstances.

Patrick Wilson, Ellis County District and County Attorney, was appointed to handle the case on behalf of the state. His argument was that Hawk should be removed from her position due to incompetence and official misconduct. He backed up his argument citing Hawk’s bizarre activity, prescription drug use, and mental health.

Charla Aldous and Brent Walker of Aldous \ Walker served alongside Dan Hagood and Doug Alexander on Hawk’s defense team. They argued that the depression diagnosis and treatment did not affect her ability to do her job.

The hearing lasted an hour and a half and the judge ruled immediately from the bench. Judge Peeples’ decision cannot be appealed.

Aldous \ Walker is dedicated to protecting the rights of our clients in any forum. If you are facing a trial of any kind, please do not hesitate to contact our team as soon as possible to learn how we may be able to help you.